How Is Drone Innovation Changing the World? 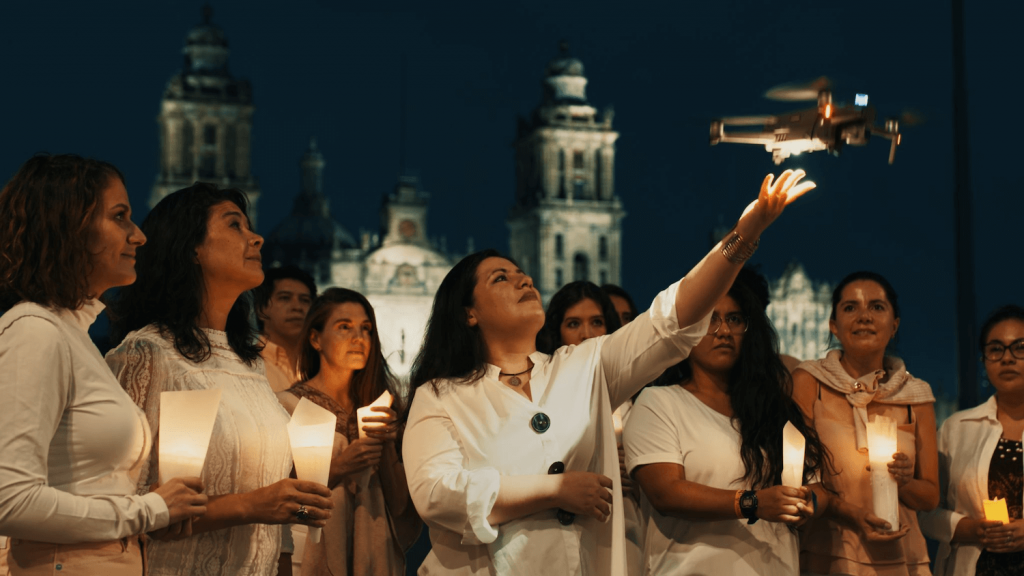 Recent drone innovation has seen the development of some exciting new applications in the drone industry. Commercial drone services such as delivery services may have taken the spotlight in recent years, with consumers continuing to demand more efficient methods of receiving goods, but there has also been significant progress in the capabilities of automated drone fleets, where hundreds of drones work in unison to create spectacular light displays in the night sky.

Some of the most exciting developments in drone swarm technology include:

It’s these kinds of developments that we expect to take off over the next few years, as light shows possess an unparalleled ability to connect and unite people through storytelling and by providing practical help in emergency situations.

For the purpose of this article, we’ll be exploring the applications of choreographed drone fleet technology, as opposed to individual use drones, as well as what we can expect from future innovations.

In a world where humanity is defined by its art and culture, it’s rare that we’re able to create something that is entirely new. However, some of the latest drone innovation is bucking that trend, and drone light shows are playing an invaluable role in how we can enhance audiences’ experience of art and culture in the future.

When hundreds of choreographed drones creating epic 3D moving images are combined with other artistic mediums like music, poetry and filmmaking, the result is truly immersive storytelling on a scale never before seen. As described by astronaut Tim Peake, these light displays are where “poetry, art and culture meet science and technology”.

Drone art is still a fairly recent development, with leaps and bounds in the technology behind it still being made. However, with the production of groundbreaking displays increasing, as seen in Celestial’s films for Edinburgh’s Hogmanay, Greenpeace and Amnesty International, it’s clear that drone innovation in the form of light shows are central to the digitisation of art as well as making it accessible to people all around the globe.

Since their invention in 1486, explosive and extravagant firework displays have been the marker of some of our biggest events, including New Year’s celebrations around the world and occasions like Guy Fawkes Night in the UK. But times are changing- with a growing urgency around the need for environmentalism and greener solutions, scientific research is proving that traditional fireworks may be something best left in the past- and new emerging technologies behind drones are proving to be the best firework alternative.

Pyrotechnic pollution has a plethora of negative impacts on the environment. Releasing highly toxic gases and pollutants into the air as they explode, fireworks poison the air, water and soil, posing significant health implications for humans and wildlife alike.

But it’s not just environmental hazards that we should be wary of; each year, A&E treats thousands of burn injuries caused by fireworks, leading some doctors to back calls for graphic warnings to be included on fireworks packaging.

Luckily, we don’t have to forgo awe-inspiring displays at big events entirely, as recent drone innovation at Celestial holds the key. By using specialist software and AI, spectacular drone light shows can be created without any of the negative consequences of traditional fireworks, making them their natural successor.

Following a carefully choreographed routine, these displays can be even more breathtaking than firework displays, and the absence of smoke means audiences can benefit from increased invisibility as well as cleaner air.

While much recent drone innovation has been about pushing the boundaries of technology and artistry, there are also vital practical applications where drone light displays can play an important and compassionate role.

One of these applications includes humanitarian aid. Drones have been used in this field in one form or another since 2006, but only on an individual basis. More recently, Celestial has developed a new solution, where their drone swarm can be repurposed to deliver human support by conveying vital life-saving messages in humanitarian situations, including remote areas, conflict disasters and quarantine zones.

These messages can include signposting aid, evacuation directions and public health messaging. Visible from vast distances, this kind of application delivers real-time information and hope to those who need it most.

This kind of innovation in the humanitarian field is invaluable as the drones are able to deliver rapid response messaging and operate in hard to reach areas that aid workers are unable to access, potentially saving lives.

Looking to the future

Whichever way you look at it, drone innovation is undoubtedly changing the world. Whether they’re being used for art, protest, humanitarian aid or more, drones have the ability to literally change our perspective of the world around us and heighten our experience of it.

But what can you expect from future developments in drone capabilities? One thing we expect to see is a continuation of our already rapidly evolving technology, meaning the production of bigger and better displays that can operate in increasingly challenging environments and conditions.

As the world begins to settle into a new rhythm following the COVID19 pandemic, we hope that our increasingly innovative drone displays can continue to unite people in a shared sense of wonder and act as a new medium to inspire unity across the globe.

Click here to find out more about Celestial and how our latest drone show innovations are being implemented into our work.