Behind the Scenes | How Does a Drone Light Display Work? 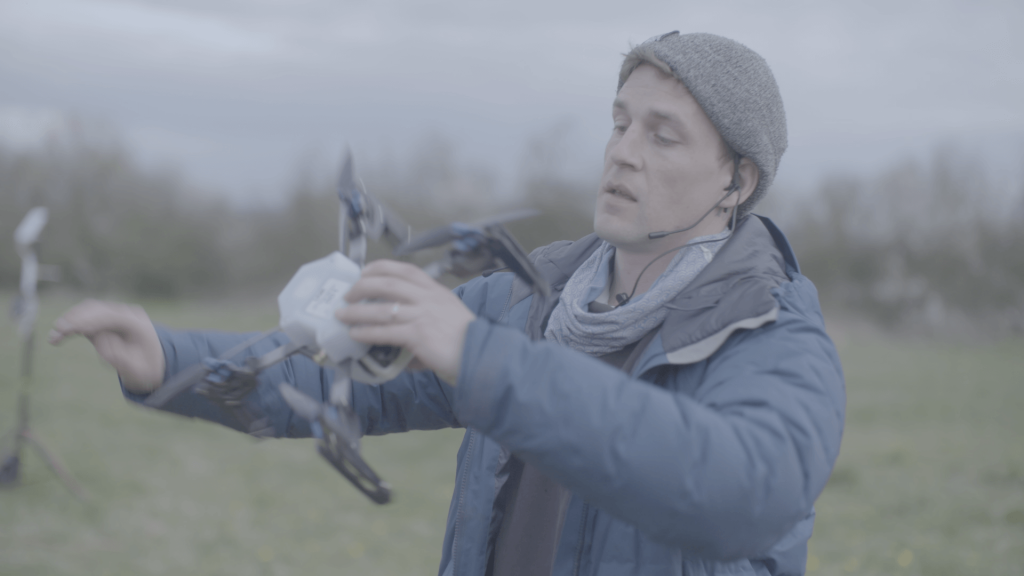 Taking to the night sky in pre-programmed choreographed routines, drone displays are one of the most exciting emerging digital art forms captivating audiences around the globe.

But why are these light shows growing so quickly in popularity? As well as being a green alternative to traditional fireworks, they have the capacity to go further and elevate storytelling to an epic scale that has never been seen before.

But creating these show-stopping drone displays isn’t easy. It requires a lot of careful planning, collaboration and testing before a drone fleet is anywhere close to taking flight. So, how does a drone light show work and what do you need to look out for in a drone show company?

At Celestial, we’re no stranger to creating drone displays that push the boundaries of our industry, and inspiring audiences with our hard work is our passion. By working on various high-profile drone sky display projects, we’ve created a process that ensures that we can deliver on brief while continually testing the capabilities of drone technology.

In this article, we’ll break down the process we follow to create show-stopping drone light shows so that you can get to grips with how it works.

In the first phase of producing a drone show, we organise a kickoff meeting after we’ve received an enquiry.

This gives us the opportunity to kick around a few initial ideas. Some of the aspects we consider at this stage include what we can do within the clients budget and what kind of locational challenges there are to overcome. You can find out more about some of the logistical challenges we faced creating Edinburgh’s Hogmany light show here.

After the first meeting, the project gets confirmed, and we can go ahead and begin the process of creating an unforgettable light show.

Once we get the green light on the project specification, we can begin phase two, where we begin work to write a script for the show.

It’s a little bit like designing a film in the way that it tells our clients exactly what they can expect to see and hear during each stage of the show.

Once the initial script has been written, it goes through our creative team to get edited before being approved.

Phase three of the process is where the magic starts coming to life.

Once the script has been approved, we move on to animation and design. Our co-founder and award-winning filmmaker, John Hopkins, works with the animation and creative team at Celestial to previs the show, where a pre-visualisation of what the show looks like is created.

To do this, we take a 3D scan of the environment where the show is going to take place so that it looks almost photo-realistic. Then, using animation software, we design the show’s visual elements and place them into the location scan so that we can present a virtual version of the finished show to the client.

Our proprietary software allows the virtual display to be viewed from multiple angles so that our clients can see what the show will look like from different perspectives. Then, they have their final chance to feedback before the show is finally locked in and we start producing it.

Once the previs is approved, it’s onto the testing phase to see how does a drone light show work in action.

To do this, we head down to our base and take the animation, fly it, check it, and run simulations before actually flying it.

One of the most vital aspects of testing is our collision avoidance simulations, which are done virtually. This is an incredibly important part of the process, as every time our 300 drones fly, there’s a lot of cost and risk involved.

By flying the show virtually, we find out if there’s going to be a collision. If there is a collision during the testing phase, we go back to the animation and tweak it.

Then there’s the challenge of filming. If we’re creating the drone display as part of a film project, there’s also a whole film production going alongside the drone show production. This means that as well as testing to minimise risk, we’ll test various camera angles to ensure we’re capturing the right aspects of the light display so that it gives us the best, most cinematic, dramatic film shots to create our film with.

After testing, we can finally fly the drone show for real and film it. If it’s a live show, it’s done and dusted once the drones have flown in front of the audience.

However, many of the displays we work on are part of film projects, which requires a bit more work.

For some film projects, after flying and filming the drone display at our base, we go out on location and shoot beautiful shots of the site. We then go into film production, where we composite the drone shots from our base into the location shots.

It normally takes around 2-4 weeks after filming a light show to create the finished product. In this time, we work on post-production elements, including editing, visual effects, sound design, and the musical score that accompanies the finished film. Find out more about the elements that go into creating the ultimate drone light show experience here.

All this work goes into ensuring that we continually push our technological and creative boundaries and that the client gets a finished product that looks and feels fantastic.

If you’d like to see some of the displays and film projects that we’ve recently produced, you can watch them here.

How does a drone light show work at Celestial?

And that’s how the process of creating a drone light show typically works here at Celestial.

By fusing technology and soul in our work, we aim to inspire audiences to reignite people’s relationship with the stars in the night sky and unite people through a shared sense of wonder in each and every one of our projects.

If you’d like to find out more about how our drone light shows work or would like to work with us, please get in touch.