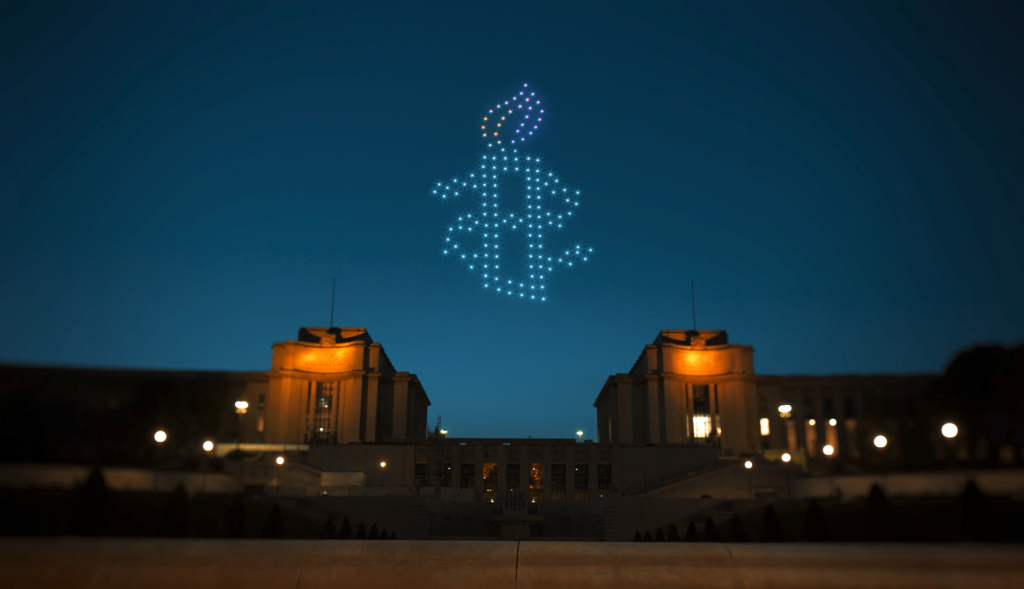 [Friday, 28 May 2021] Today, Amnesty International France and Art for Amnesty release a new film Freedom Flight, created by and based on the unique drone art of pioneering UK technology company Celestial.

The film recreates Picasso’s iconic “Dove of Peace” – the intentionally simplistic drawing that is one of the world’s most recognisable symbols of peace – using hundreds of drones made possible by Celestial’s cutting-edge creative technology, combined with cinematic photography, music, and poetry. The film features powerful narration from Angelique Kidjo, Jane Birkin, and Nazanin Boniadi, and a new orchestral version of Peter Gabriel’s haunting human rights anthem ‘Biko,’ provides the soundtrack – a piece that Gabriel personally tailored to the tone and message of Freedom Flight, which he calls the “Dove of Love”.

“Freedom Flight” tells a profound story of connection and solidarity, which aims to inspire new audiences to stand up for universal human rights. In the film, Amnesty activists ‘release’ bird-like lighted drones into the sky which join with scores of star-like drones, representing Amnesty activists taking action around the world.

A specially commissioned poem, ‘Ode to Amnesty’, tells the story of Amnesty International’s journey since its inception in 1961. The poem has been translated into multiple languages including French, Spanish, Arabic, Mandarin, Russian, Hindi, and Bengali, giving the film a truly global reach.

Nick Kowalski, Tony Martin, and John Hopkins, founders of Celestial, who created this film, are proud to be involved with the project. They said:

“Celestial is built on strong ethical values. We want to use our tech for good and place messages of hope into the sky using our ground-breaking creative technology. We believe in the Amnesty cause and this project felt like the perfect opportunity to showcase our innovation and inspire people to stand up for human rights.”

“Now more than ever, we need as many people as possible to start taking injustice personally and to get involved in any way they can. I have been a member and supporter of Amnesty for over thirty-five years and am proud to play a role in helping to make this happen.”