Operators of the UK’s Largest Drone Fleet Expand To Australia 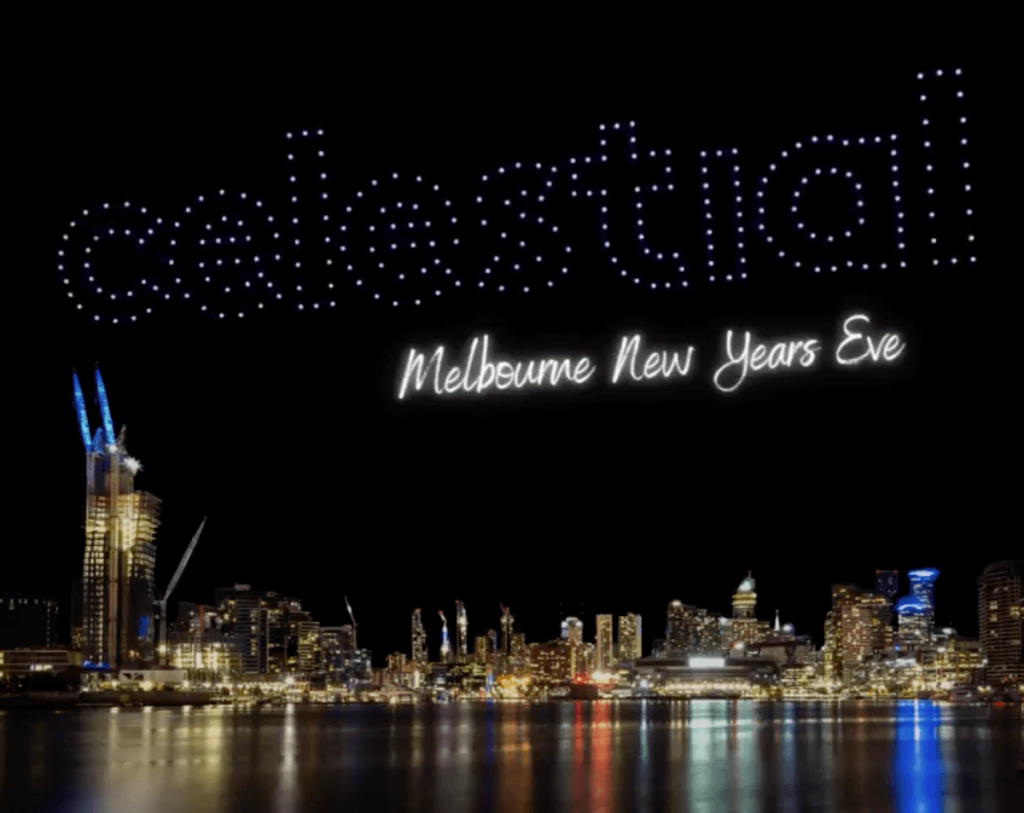 Celestial Expands To Australia To Introduce Artform That Could Replace Fireworks

Drone art company Celestial continue their global expansion, launching an office in Australia to seize the opportunities to create live art and entertainment. Celestial use drones as pixels to create extraordinary moving images in the sky in a brand-new tech-driven artform pushing the boundaries of drone technology.

As Australian decision-makers consider outlawing fireworks and pyrotechnics, Celestial’s expansion comes at a critical time. Businesses and governments embrace sustainability, and the country attempts to reduce the risk of wildfires that have decimated Australia had a severe ecological and biodiversity impact.

Celestial is pushing drone displays, artistically and technologically, into new terrain, setting them apart from more extensive but less advanced, less sustainable operations based in China and the US. With a focus on groundbreaking proprietary technology that assists in creating more complex displays and organic, natural drone formation movements.

“Drone art represents a brand new artistic medium and an opportunity for humanity to raise its collective gaze, away from mobile devices, upward towards the beautiful skies above. Uniting humans in a shared sense of wonder, with stunning animations driven by a strong narrative and emotional engagement, is central to Celestial’s ethos. But this green technology, superseding fireworks, can do so much more, with Celestial pioneering applications for drone swarms in the humanitarian sphere as well as continuing to build on its foothold in the global entertainment sector”

“With the arrival of Celestial down under, Australia–New Zealand is well placed to benefit further from the Drone economy. Celestial ushers in access to a new medium to create art and displays, thus unlocking future jobs for this new industry and, importantly, a new way to celebrate and engage with our sky with this truly green drone disruption to the events sector. Until now, if you live in Australia and NZ, you have probably never seen a drone light show, but that is all about to change.”

Celestial’s drones use 3D animation techniques to cast live imagery into the sky. The technology was premiered at Edinburgh’s Hogmanay 2021 and used to recreate Picasso’s iconic dove and the Amnesty candle logo in Freedom Flight, a one-off film to mark Amnesty’s 60th Anniversary. This year they also released a unique film, working with Greenpeace to deliver a powerful warning about the biodiversity crisis at the G7 summit in Cornwall. In May, they also collaborated with a world-famous premier league football club.