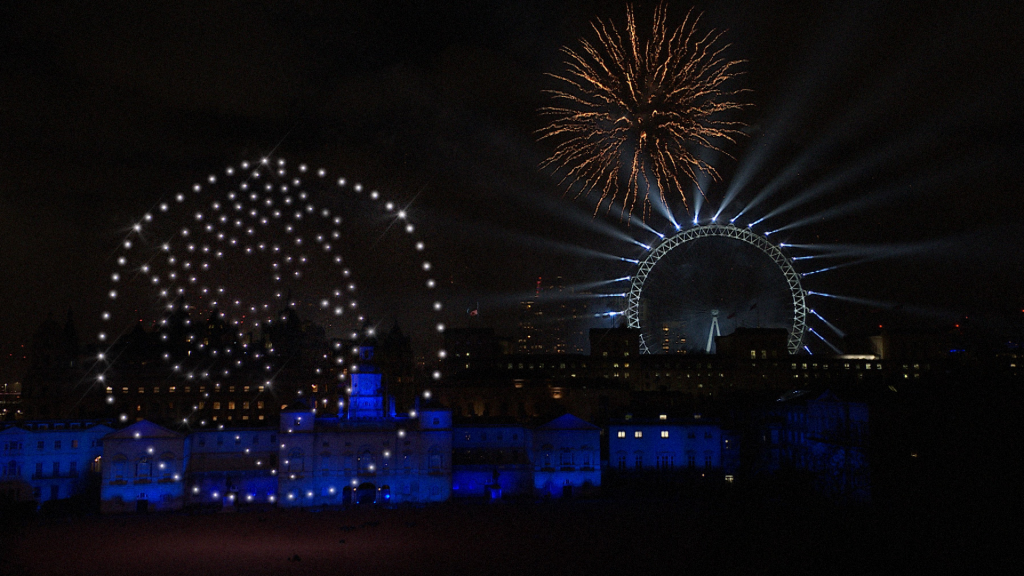 Celestial was honoured to provide the mesmerising drone display as a part of the iconic London New Year’s Eve Ceremony.

The show, featuring 400 of our drones, officially started the 12-minute celebration with a countdown to Big Ben welcoming the start of 2023.

The drone show went on to feature a tribute to the late Queen Elizabeth, as dozens of drones were organised into an image of Her crown, followed by Dame Judi Dench saying, “Farewell Ma’am, and thank you for everything”. 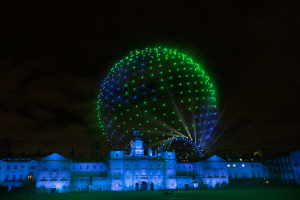 This was followed by King Charles III’s voice heard saying: “As stewards of this precious planet, it is our actions and our actions alone that will determine its future”. At this moment the drones changed the bereaved Queen into the King in a celebration of the start of His reign.

Around 100,000 people lined the banks of the River Thames to see the commemoration with its 12,000 fireworks and the hundreds of drones spread across the sky. 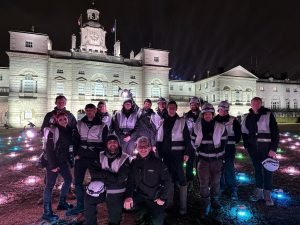 “The display showed what was possible. We feel we can go further and further, we fully intend to use multiple thousands of drones the next time.”

Celestial prepared for the event with small technical surveys of the London site a few weeks prior, and full test flights at our airfield near Frome, Somerset.

Huge thanks to Identity, The Mayor of London, the Greater London Authority, and The BBC.

We were so thrilled to be part of such a special event and to work alongside Titanium Fireworks, Tim Routledge Lighting, David Wakefield, and Kojo Samuel sound. 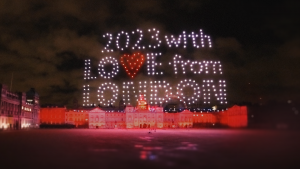 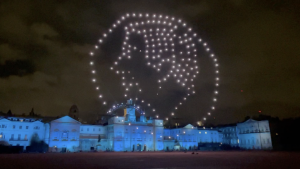